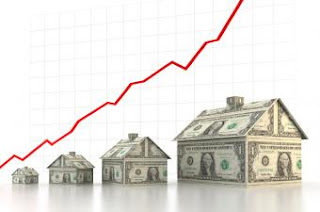 Both the expectation for home prices and the percentage of those who think the U.S. economy is on the right path reached record highs in Fannie Mae’s April 2012 National Housing Survey.

Americans continue to expect home prices to go up, with the projection averaging 1.3 percent over the next 12 months, the highest value recorded.
At 71 percent, a high percentage of Americans still say it is a good time to buy while the percentage who said it is a good time to sell was 15 percent, a 1 point increase from March.
“Overall, consumer views of housing market conditions have become more supportive of home purchases, and sustained healthy hiring is required to help realize these improved expectations,” said Doug Duncan, Fannie Mae chief economist.

Duncan also mentioned the recent figures on employment in April, which showed a decline in job growth.“Friday’s report of a second consecutive setback in job creation supports the view that the housing recovery will remain uneven this year,” said Duncan.


The expectation for average rental prices decreased slightly to 3.6 percent; in March, respondents expected rent to go up by 4.1 percent over the next 12 months.

The percentage of those who think their financial situation will decline was unchanged from the previous two months at 12 percent, the lowest value recorded in over a year.

According to me, people should take in account, while making any comment about the current economy, that now-a-days houses are sold with a great deal of renovations already done. Means, the real estate companies are offering higher standard of living than the past, which implies you are getting better things against a higher cost. What's wrong with it then? However, this is my personal opinion. learn more about Chicago real estate

I have like your post very much.it will be very interesting and informative to us.
we have news about real estate investing.dave lindahl is the one of the real estate guru.

sapna said...
This comment has been removed by the author.
3:28 AM

Hi there. Nice blog. You have shared useful information. Keep up the good work! This blog is really interesting and gives good details.

This is nice post to read. Thanks for sharing what you know. It is quite hard to search for valuable information about Chicago real estate listings. I hope you;ll post more which is also focused in that particular topic. Though I appreciate this one. I look forward in reading more of your posts.

I really like your published post on real estate. It was very interesting and very impressive, I enjoyed the blog so much for showcasing such and eye-catching real estate. If you have time try to check Patrick Hospes and Julie Matthewson : RE/MAX House Of Real Estate : Home .

Hello, I love reading through your blog, I wanted to leave a little comment to support you and wish you a good continuation. Wish you best of luck for all your best efforts.

Hello, I really like studying through your weblog site, I desired to keep a little opinion to back up you and wish you a excellent extension. Wish you best of fortune for all your best initiatives.
Custom Web Development