Is Chicago the Next Atlanta? 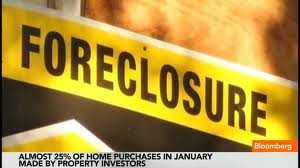 Will Chicago be the next big city to witness its housing market implode, virtually without warning?

Friday the Treasury Department set off alarms in the Windy City when it spotlighted Chicago's housing market in its monthly Housing Scorecard, describing its condition as "continued fragility."

"Fragile" is not a word Chicagoans like to hear others use to describe their homes. Within hours of the release of the Treasury Scorecard the Chicago Tribune carried a report on it, noting that it "shines a national spotlight on Chicago and paints a somber picture of President Barack Obama's hometown."

In fact, Chicago has been encountering a rising tide foreclosures over the past year, and they've had their impact on prices. The greater Chicago market's foreclosure count is up 43 percent over a year ago; one in every 302 housing units is a foreclosure, ranking it fourth in the nation, according to RealtyTrac. With an REO saturation level of 35.7 percent compared to 29 percent nationally and it ranks 13th among Clear Capital's lowest performing markets, with a median 4.4 percent year-over-year price decline. Moreover, foreclosure processing in Illinois, a judicial state, takes an average of 575 days which means distressed mortgages in Chicago remain unresolved in the foreclosure pipeline 50 percent longer on average than in other cities, the Treasury report said.

While much of the nation's foreclosure concern has been focused on the Sand States, Chicago has fallen victim to a stuttering economy and a high degree of negative equity. Nearly one in four residential properties in the Chicago six county region is underwater, with just under $25 billion of negative equity. The average underwater property has 31.8 percent more outstanding mortgage debt than the property is worth, according to the Woodcock Institute. In fact, Chicago's housing market faces a full plate of challenges including a high percentage of distressed mortgages, high vacancy rates, a surge in suburban poverty, as well as severely underwater mortgages.

Hi Michael. I hope Chicago doesn't see a crash! Hopefully, the worst is behind us...but it's an election year, which historically means slower gains on housing appreciation. We'll see.

We at Movoto Real Estate had a post on mortgage interest deduction today: Will The MID be Cut One Day?. It looks like President Obama's $1.65 million Chicago home had $49k of interest payments last year. More than a majority of Americans make in a whole year.