Mortgage rates continued to move up this week, according to Freddie Mac's weekly survey, but eased to slightly lower levels in Bankrate's weekly survey of large lenders.

He added, "Looking ahead into the spring home buying season, we don’t expect mortgage rates to rise too much or too quickly in the near term. As a result, housing activity should stay on track for a strong 2005."

"may want to move" from AVM to full appraisal

Get used to hearing this more often as subprime lending continues to expand and conventional, "vanilla" loans fade away under the pressure of rising rates and still-slow job growth.

Michael Youngblood, a bond analyst at Friedman, Billings, Ramsey & Co. Inc., told American Banker recently that cities at risk for a "correction" to higher than sustainable home prices could be done in by only a one-year local contraction in values.

"This is the time for lenders to be more prudent, more conservative," Youngblood told the publication. "They may want to move from using automated valuation to using a formal appraisal." For homes above the median area price, lenders may want two appraisals, he said.

Competition among lenders as a historic refinancing boom recedes has resulted in many players expanding their subprime mortgage offerings. In 2005, 17 percent of the nation's estimated $1.03 trillion in total purchase loans were classified as subprime, up from 11 percent in 2003, according to SMR Research.
Posted by Unknown at 9:27 AM No comments:

MLSNI and MAP to consolidate

After a year of controversy, several major Chicago-area real estate brokerage offices that in 2004 pulled their home listings from one of the nation's largest Realtor-owned multiple listing services, have returned their listings to the MLS, Inman News has learned.

Discussions leading to the brokers' decisions to again do business with the Multiple Listing Service of Illinois also included talks of consolidating MLSNI and a smaller, broker-owned MLS called MAP, according to a memo sent to members of the Chicago Association of Realtors obtained by Inman News.

MLSNI has been wrought with controversy this past year with a forensic audit of the company, termination of its CEO and disputes with brokers, which led to the listings exodus. The MLS now appears to be on its way to business as usual.

Read more Inman news at Citywide Services
Posted by Unknown at 7:58 AM No comments:

A word of caution: economic fundamentals associated with the housing bubble debate are "eerily similar" to the dot-com bubble in the late 1990s, say analysts at financial advisory giant Merrill Lynch.

The lesson, they say, is to be wary when anything begins to approach or exceed 140 percent of GDP.

"We get nervous when we see things move parabolically north because no asset class at any time ever failed to mean-revert after such an upside move," the report notes.

Looking back to the ratio of household equity ownership and GDP just before the Internet bust, the statistics show that number falling sharply in early 2000. 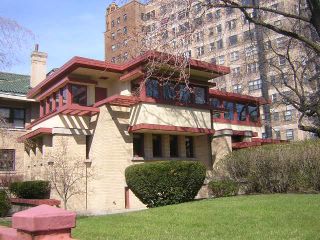 The new owners intend to live in the house, according to Inland, which didn't disclose the exact final sale price, but said it went for "well above the opening bid of $750,000."

The landmark property is located at 7415 N. Sheridan Road.

Read the article at Inman News
Posted by Unknown at 4:12 PM 1 comment:

Owner of Accurate Financial Group said to have bilked senior

An Illinois man said to have bilked an elderly man out of $170,000 in an alleged real estate fraud was taken into custody Thursday, the Chicago Daily Herald reported.

Charles Landwer of Bartlett, Ill., the owner of Accurate Financial Group in Bloomingdale, Ill., was taken into custody after the judge declared his prior convictions and alleged deception of an elderly man warranted a $500,000 bond, according to the Herald.

Police said Landwer befriended a 77-year-old man at the Wayne Township Senior Center and the man gave Landwer power of attorney to sell his home in Elgin, Ill. while he was living in Florida, according to media reports. The house sold for $170,000, but prosecutors said the senior and American Eagle Bank in South Elgin, Ill., which holds the mortgage, never saw a dime, reports said.

In 1997, Landwer was convicted of unlawful possession of a stolen vehicle in DuPage County, as well as attempted solicitation of murder and served 7 years in prison, the Herald said.

Read more Inman News
Posted by Unknown at 11:23 AM No comments:

For a recap of Chicago area sales for the third quarter 2004 check out Data Quick Reporting resale single family residences and condos as well as new homes .
Posted by Unknown at 5:01 AM No comments:

A former licensed real estate appraiser pleaded guilty Monday to participating in a mortgage fraud scheme that bilked lenders out of about $11 million.

Thomas M. Groh, who ran Universal Appraisal Services, admitted he inflated appraisals in a scheme to sell run down apartment buildings in Chicago for far greater than their actual value.

Groh, 57, of Elgin, pleaded guilty to one count of wire fraud and agreed to cooperate with federal authorities in the investigation.

The flipping of properties with inflated appraisals and outright fraud on mortgage lenders was a major factor in the persistently high level of foreclosures in the Chicago metro area, Foreclosures.com suggested Monday.

"In contrast to Cook County, filings in the surrounding suburban counties were down to 650 for December and 621 for January of this year," said Alexis McGee, Fair Oaks, Calif.-based Foreclosures.com's president, in a statement.

According to Assistant U.S. Attorney Kevin Powers, McGee said, a ring of 20 people operating on the south and southwest side of Chicago skimmed $4.4 million through fraudulent deals before being arrested and convicted in 2004.

"Property flipping through inflated appraisals and phony loan documents leads to people winding up owing much more than their homes are worth," said Ms. McGee. "At the first sign of financial trouble, they just walk away, and the lender forecloses and takes a loss."